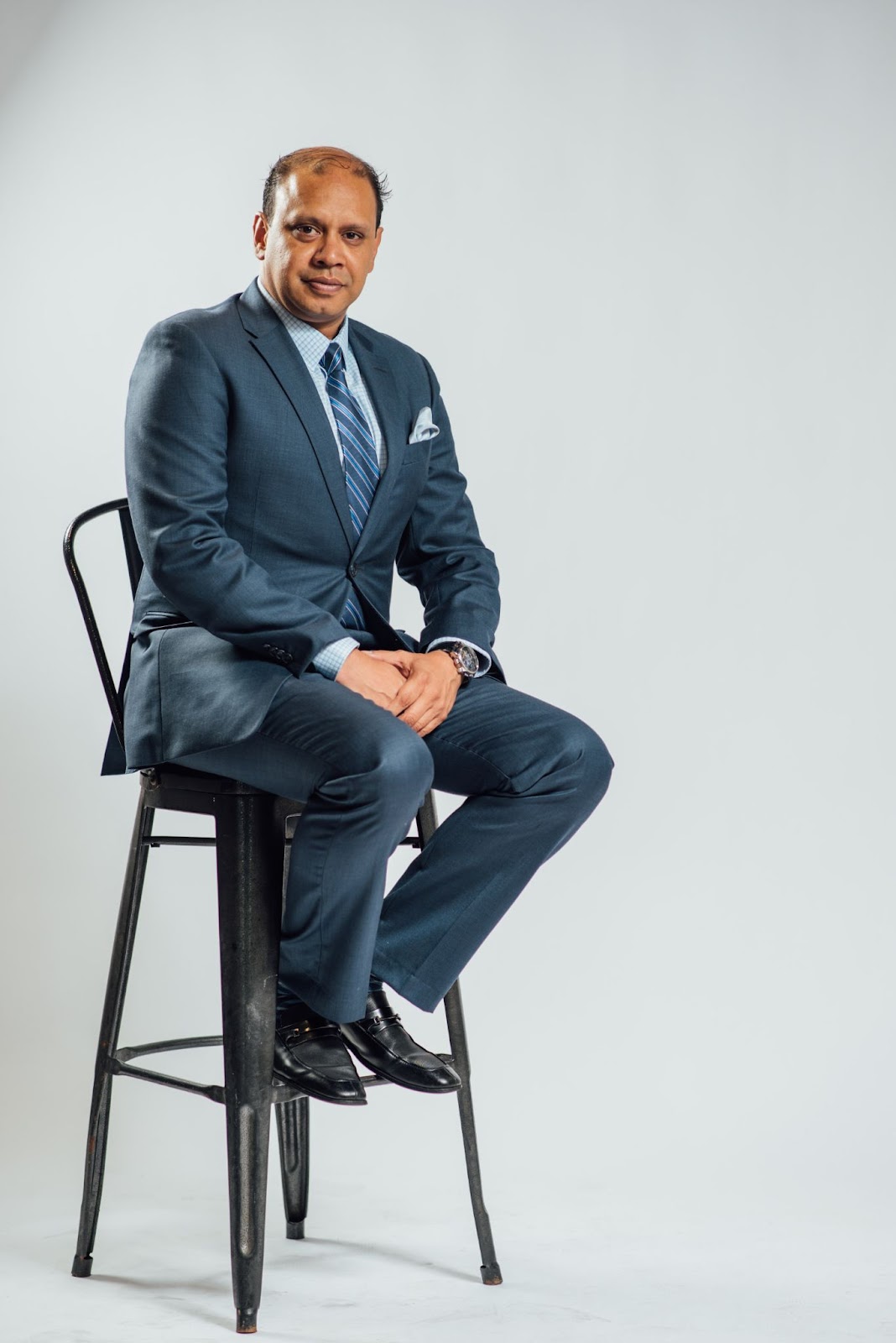 In a city that’s a third of the size of New York, with nearly triple the amount of people, finding love for the people around you is almost a requirement for survival. You can’t live in the close quarters of Dhaka, Bangladesh, without finding the value in others and forming connections. This crowded upbringing might bear some responsibility in shaping the worldview of Zahid F. Sarder Saddi, a Bangladeshi political activist and humanitarian.

The city itself can’t take all the credit, though. Saddi comes by his political activism honestly. He comes from a background of trailblazers; his mother was one of just a few female college graduates in the 1960s, when women were not welcomed in academia, and obtained her diploma from Eden College, University of Dhaka. She later served as General Secretary.

His father began his career as part of a civil service cadre, serving as a high-level Executive Magistrate. He then served as a Secretary in various ministries of the Government of Bangladesh and as an ambassador to foreign nations, in addition to assisting with the United Nations’ peacekeeping mission to Cambodia in the early 1990s.

Saddi, however, doesn’t rest on the successes of his parents: he has a lifetime’s worth of his own. He obtained his Bachelor and Master’s degrees from Penn State University and currently lives in the United States. When not engaged in political activism, he works in the oil business and lives in Florida with his wife Lyudmila, a doctor of internal medicine, and their son William.

While in Bangladesh, he served as Foreign Advisor to the Prime Minister, the Honorable Begum Khaleda Zia, during her three terms– a period of time he refers to as the “golden days” of Bangladesh democracy.

He was also appointed as a Special Envoy to the Bangladesh Nationalist Party and was nominated as a member of the Bangladesh Parliament Pirojpur-1 constituency, without running due to the generally criticized 2013 and 2018 National Parliament elections, which were widely considered to be rigged.

Zahid F. Sarder Saddi is a man who’s motivated by the need for change. He says it best himself, stating: “The fight for peace and betterment is ingrained in my blood.”

Leaving Bangladesh for the United States due to political exile only furthered his drive to effect positive change in his home country.

For anyone unfamiliar, the U.S. imposed sanctions due to Bangladesh’s elite paramilitary forces, otherwise known as the Rapid Action Battalion. The sanctions came about as a result of the RAB’s egregious human rights violations and their link to unlawful killings and enforced “disappearances”.

On February 12, 2022, shortly following the imposition of the U.S. sanctions, Zahid F. Sarder Saddi addressed the press in Washington D.C., noting his appreciation of the sanctions before stating:

“Since 2009, when Bangladesh’s Awami League regime came to power, enforced disappearances have become a daily occurrence.

If Secretary-General Antonio Guterres is serious about ending human rights abuses by UN peacekeepers, he will ensure that units with proven records of abuse, like the Rapid Action Battalion, are excluded from deployment. The role of Bangladesh’s notorious paramilitary force, RAB, should be reviewed following the U.S. sanctions.”

Saddi’s concern about the RAB is not misplaced: the battalion is responsible for the disappearances and deaths of political activists who opposed the Awami League regime before the last two Bangladeshi general elections.

One of the driving forces in Saddi’s political and humanitarian efforts is his quest to establish a truly free and fair election in Bangladesh in order to restore democracy, reinstate the caretaker government, and elect government officials chosen by the people to represent them. The presence of a paramilitary force that violently suppresses political opponents makes a fair election an impossibility.

Saddi hopes that the Bangladesh Nationalist Party will regain power via unbiased election, under the leadership of the BNP’s Acting Chairman Tarique Rahman, allowing the 170 million people in his home country to take back Bangladesh so they can live in a country governed by officials they chose and without fear of human rights violations and genocide.

He dedicates much of his time to his efforts with United States National Security, participating in panels held by the Prestigious Heritage Foundation, the Woodrow Wilson Center, Human Rights Watch, Democracy International, U.S. Congress, and the United Nations, and is able to freely communicate his views on Bangladeshi politics as a result of the fifty years of diplomatic relations between the U.S. and Bangladesh.

To truly make a difference in the world, you have to have strong convictions and deep compassion for your fellow man. Zahid F. Sarder Saddi has both of these in spades, and the future of Bangladesh looks all the brighter for it.

Previously featured in publications such as Yahoo!, Kaila Uli is a brand content specialist offering small or emerging business owners...

Since social media has risen drastically in popularity, more and more businesses are turning to them to gain more customers...